In our early high school years we didn’t have many encounters. Our first distinct encounter was in the 9th grade at Engineering and Science (ENS) as we went to a National Academic League competition. Candice was taking attendance for the group and asked Will how to spell his name….

In 10th grade we had our second encounter. We were on a tour of Temple University and shared memories of a few different programs we participated in on Temple’s campus. After the tour we both caught the subway home. During that train ride Candice mentioned her hands were cold and Will gave her his gloves.
Third Encounter

On the last day of classes of our 11th grade year we crossed paths again. This time on the El Train going westbound in Philly. Will approached Candice and asked her what her summer plans were. Candice shared that she was going to be participating in Governor’s School at Carnegie Mellon University and Outward Bound, Will was partcipating in a Mentorship Program at Drexel University and also participating in Outward Bound! 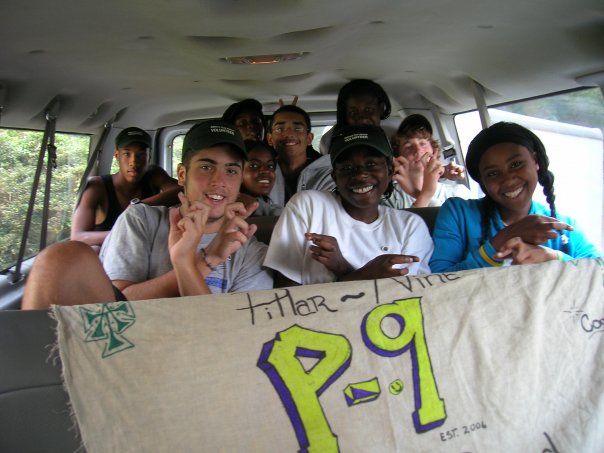 In August of 2006, we both participated in outward bound where we learned survival skills while we backpacked for 1 week on the Appalachian Trail and canoed 1 week down the Delaware River Water Gap. During those 2 weeks we got to know each other and bonded. We became very close friends but a romance didn’t emerge because we were both taken!

When we began senior year we started to hang out with each other more. We both went on a weekend trip to RPI for a program that allowed propsective students to experience “College Life” for the weekend. During this trip a little romance was in the air, we hugged for the first time! Shortly after, Will got Candice a job selling newspaper subscriptions which caused us to spend even more time together. Eventually other students started to ask if we were dating. One day when we were on the phone Candice mentioned “Everyone is asking if we are dating are we?” Will said” I dunno, I guess” (very smooth) and that is how we got together!

In May of 2008 we went on our senior prom together. Tio Juni chaufferued us to the Mansion in Voorhees, NJ.

Off to College: RPI Days

After high school we both attended RPI in the fall, (Will followed Candice there, hehe). Each year of college we lived near each other which was great. We had a great college experience and made life-long friends.

Moved in together: New Brunswick NJ

December 2013: When Will graduated in May he lived in Brooklyn for a few months. We were tired of living apart from each other and decided to move in together. We moved to New Brunswick even though it meant longer commutes to work for both of us.

During Memorial Day weekend we were planning to stay in NYC at Will’s company apartment. During that week Will told Candice to make sure she packed a nice dress, so she was slightly suspicious. On the 31st we decided to walk around Central Park so Candice could record Will performing a few magic tricks. For one trick Will asked Candice to help guess the audience members card. During that trick Will asked the audience to record the trick as Candice turned around to guess the card. When Candice turned back around Will was proposing!!! Home
>
Marriage Proposals
>
Candice and Wilberto
Proposal Videos
Check out some of our favorite proposal videos
Ring Quiz
Find the perfect ring for you!