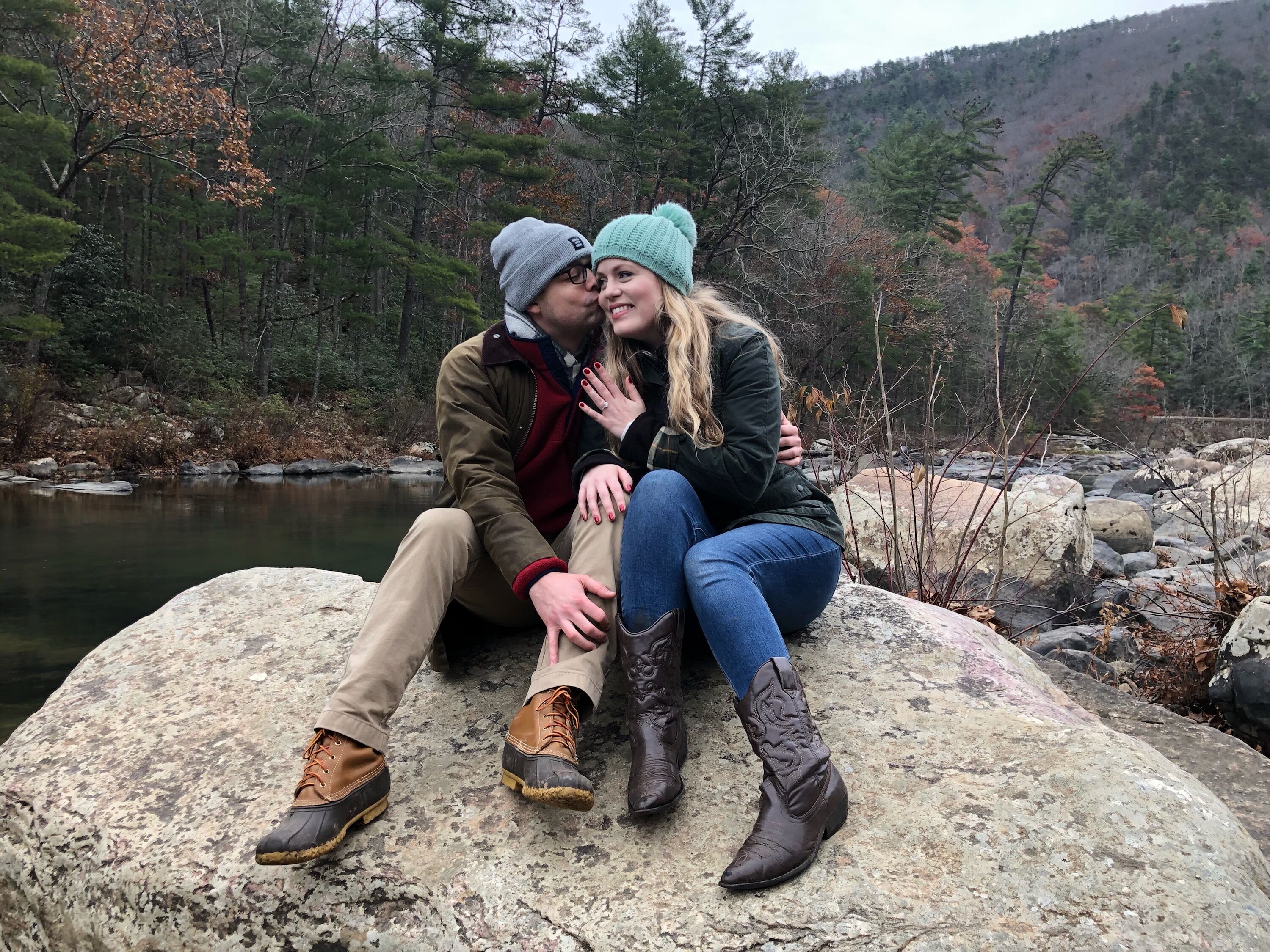 We both had our first class in law school together. The first time he spoke in class, I just knew I wanted to be with him. At the end of the week there was a party for first year law students. We kissed at that party and it was unlike any kiss I’d ever have before! I told my sister about the feeling, and she said she’d heard sometimes people had a feeling like that when meeting their husband/wife for the first time. Well… here we are now, six years later, engaged and soon to be married!

We went to a spot that we loved during our time in law school. It’s a little picnic area by a river. There isn’t a lot there, but we had some great times- freezing cold picnics, warm spring swims, winter bonfires. He took me out there to celebrate five years together, lit a fire, and went fishing. An hour into our trip he called me over to the water with him and got down on his knee right there on a big rock in the water. It was so thoughtful and just perfect! He also invited my sisters, who had been hiding behind a nearby bush taking photos! Then he took me to a nearby brewery where our closest friends and family were waiting to celebrate. It was perfect.

Home
>
Marriage Proposals
>
Caley and Ray
Proposal Videos
Check out some of our favorite proposal videos
Ring Quiz
Find the perfect ring for you!