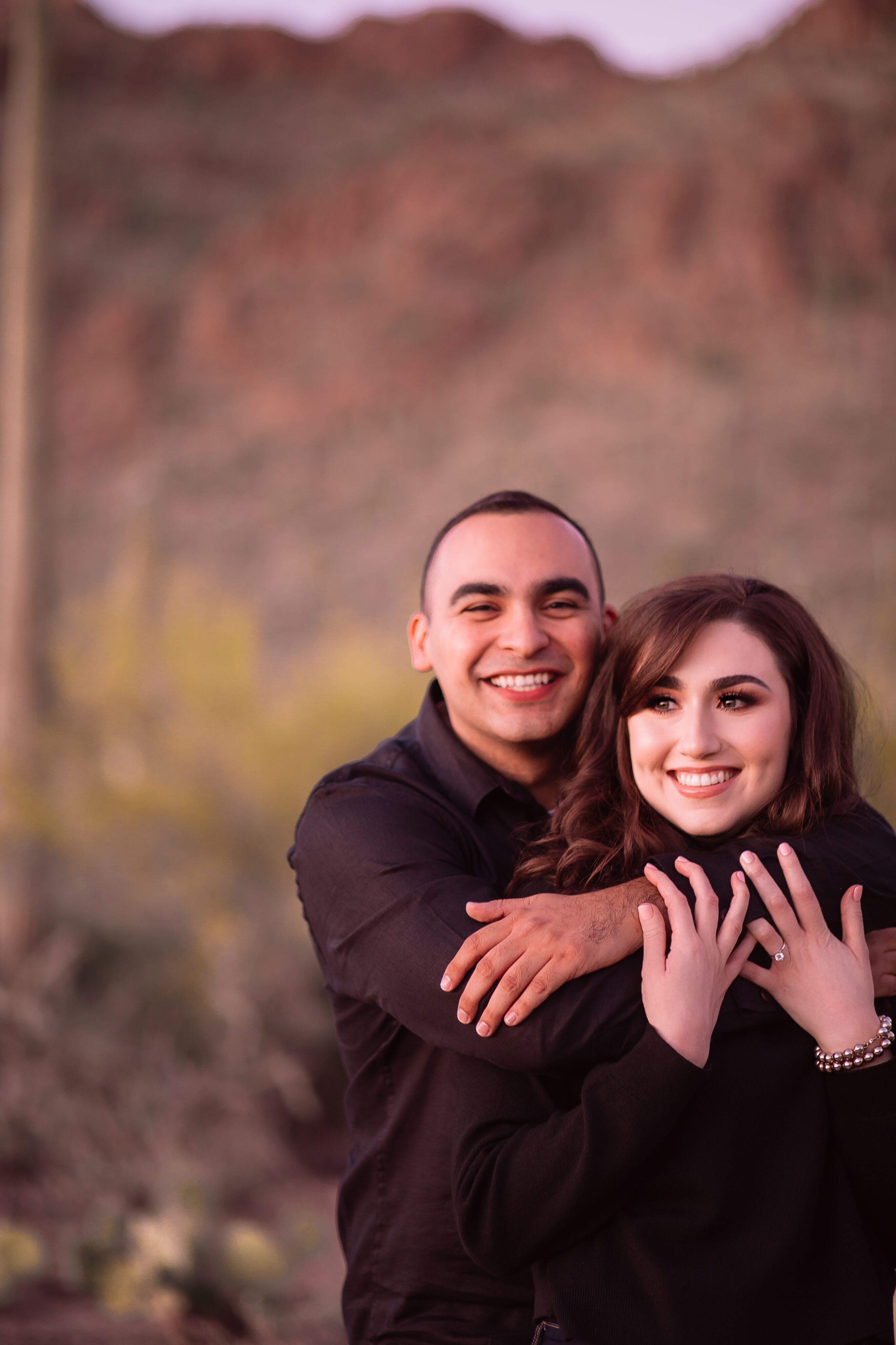 We met in 2012 through mutual friends at a Boys vs. Girls Scavenger Hunt. We traveled all over Tucson and met back at a friend’s house where we played card games. Javier was super competitive and we had some fun banter. We later found out that we went to the same middle school and attended high schools that were 5 minutes away from each other. We had all of the same friends, yet had never met until that night. We quickly became best friends, hanging out at the University of Arizona, taking classes together, and texting non-stop. We started dating in 2013 and the rest is history!

Javier asked me to marry him at Gates Pass in Tucson, AZ after we joined my family for a Disney On Ice show for my little sister. We had planned to celebrate our 6 1/2 year anniversary at dinner after the show, but he told me he had to work first and that it would just be a small detour before our dinner date. Javier is a Realtor so I am used to random stops at houses for him to take a video for a client, or check on a new build’s progress. He asked me to take pictures of the beautiful desert area for a client who was out of state. Suddenly, when I turned around, he nervously started sharing how much he loved me. Off to the side, I noticed my cousin (who is a photographer) taking photos of the moment and my heart raced. Javier told me that when I was at the Jonas Brothers concert the week before (LOL), he asked my family for my hand in marriage. He bent down on one knee and revealed the ring of my dreams. I immediately said, “Yes!” We had a mini photoshoot and then went to dinner where he surprised me with our closest family members and a beautiful cake. We laughed, smiled, and celebrated. It was a magical night!

Home
>
Marriage Proposals
>
Brittney and Javier
Proposal Videos
Check out some of our favorite proposal videos
Ring Quiz
Find the perfect ring for you!