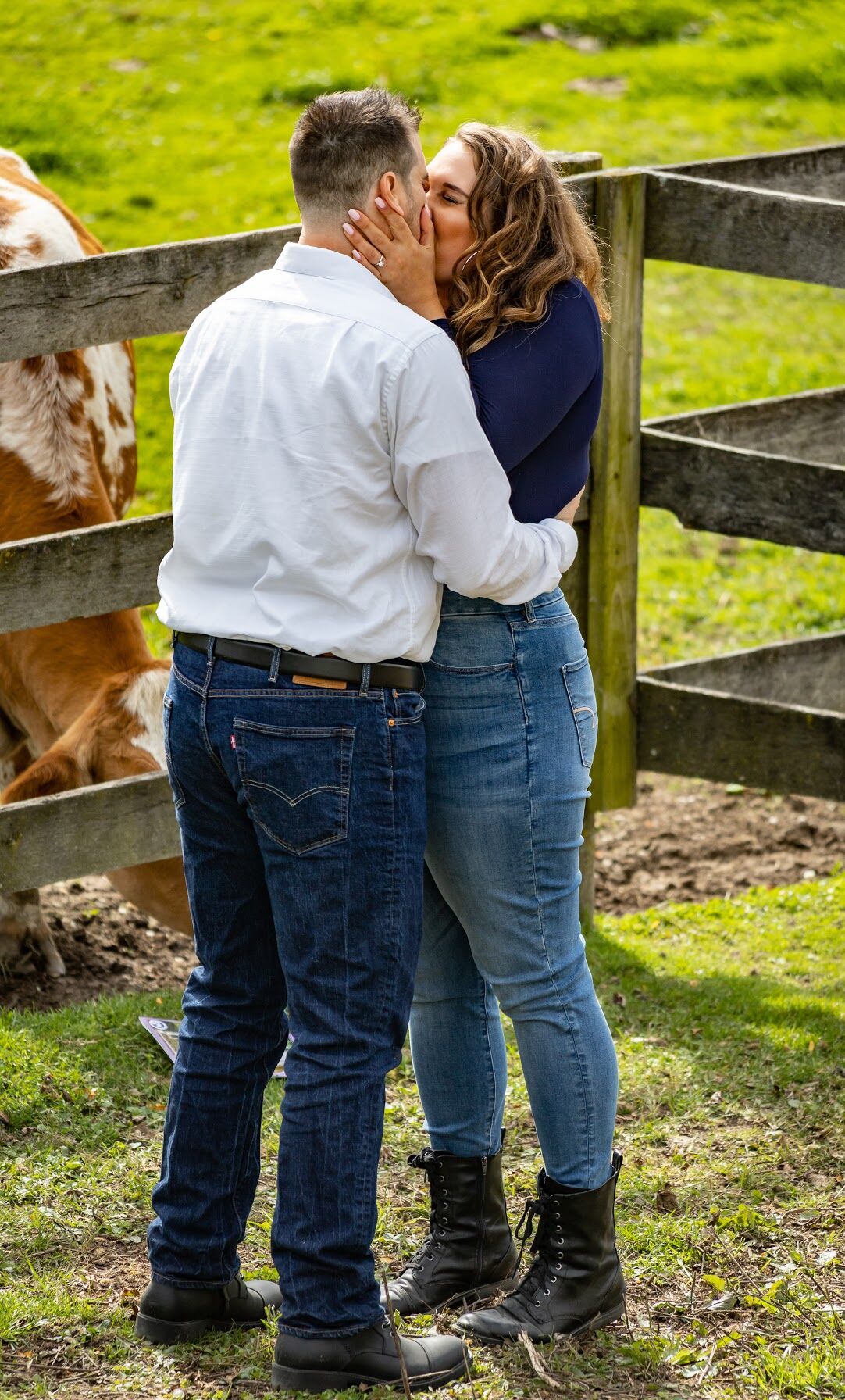 We both went to Elmhurst College. We had instant chemistry and became best friends. I was dating another guy for awhile, while Erik waited for me. Then we started dating a week after my break up. It was meant to be!!!

My friend Bailey asked me to go to brunch with her and her husband on Saturday. In the morning, Erik was rushing me out the door saying, “We are going to be late.” We were supposed to go to brunch in Elmhurst and we begun driving. Now I am directionally challenged, but I eventually new we were going the wrong way. We finally arrived on a farm. (When Erik and I first met I use to live by Rockford and we would go walk around and talk to the cows because I love them and there is nothing to do in Rockford). A woman asked if we were there for the tour. I was wearing heels as I thought we were going to brunch, but Erik was a man with a plan and brought me boots to walk around the farm. We began walking around the farm and seeing all the animals. A man picked out a four-leaf clover from the ground and told me it’s going to be your lucky day. Then he asked me, “do you want to feed the cows?” I ecstatically said, “yes.” I begun feeding the cows and I was so happy! Suddenly, Erik said, “hey babe, do you have a second?” I thought to myself, is he seriously interrupting me feeding cows!?! I turned around and was totally moooooooved. He was down on one knee proposing. It was utterly amazing!

Home
>
Marriage Proposals
>
Brittany and Erik
Proposal Videos
Check out some of our favorite proposal videos
Ring Quiz
Find the perfect ring for you!