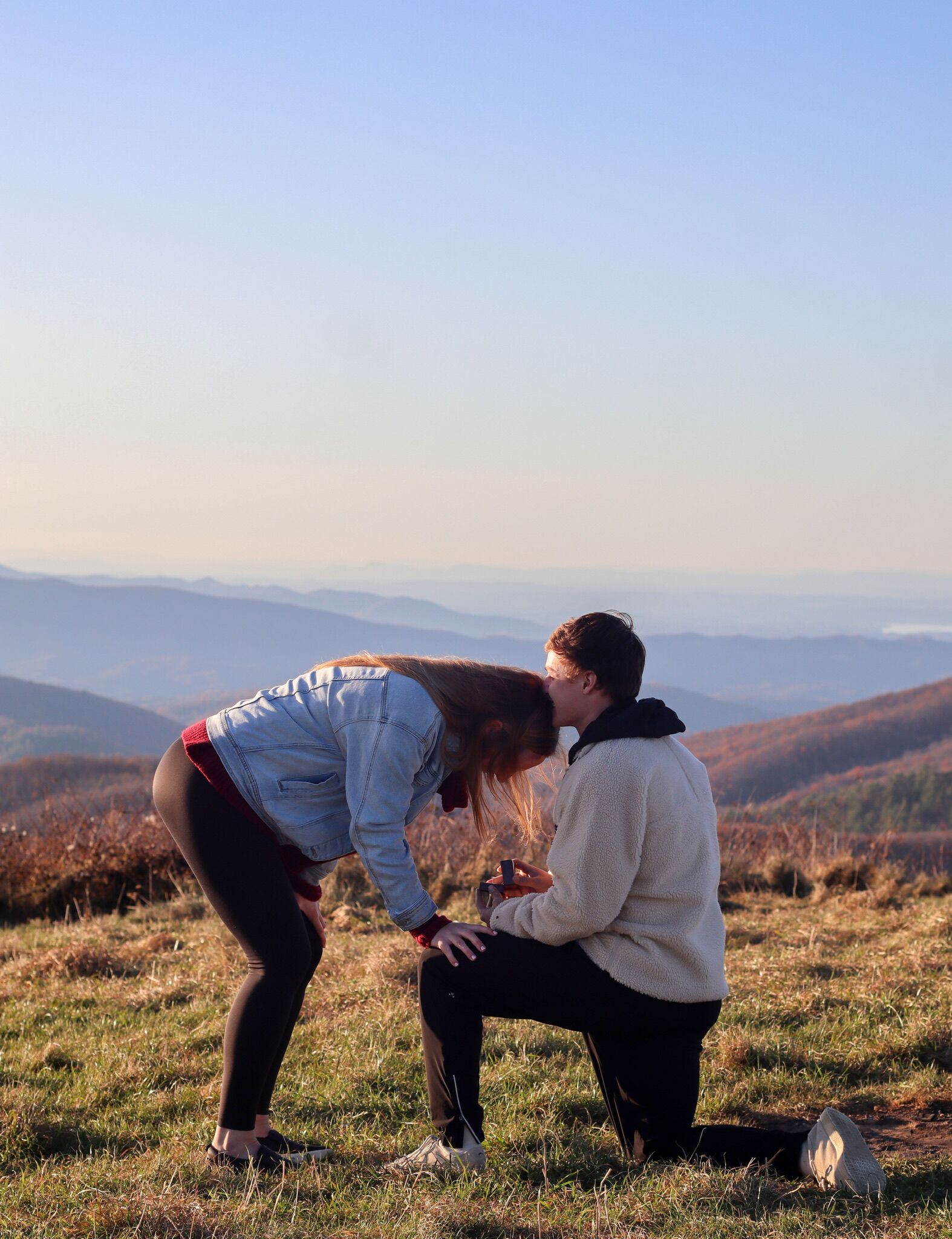 Mine & Hayden’s parents actually grew up going to church together, but we didn’t meet until July of 2019 in Cairo, Egypt! We were both serving on a mission team as sports coaches at Wadi Sports Camp. At camp, Hayden quickly became one of my best friends! Two weeks into our friendship, Hayden told me he had feelings for me & kissed me on the rooftop of a hotel at sunrise! A week later from that, he told me he had fallen in love with me!! We left Egypt as much more than friends, and that was only the beginning. I still can’t believe it took traveling halfway across the world to finally meet the love of my life, but I wouldn’t have it any other way!

Hayden’s cousin goes to school at the University of Tennessee. She invited us to come visit for a weekend and we were so excited for the trip! She was planning to take us to the mountains where we would get to catch up and take pictures. Little did I know they had much bigger things planned for us! Our flight to Knoxville was delayed so when we landed, Cate had to drive us straight to Max Patch to beat the sunset. When we arrived, it was the most beautiful view of mountains I had ever seen! We were all taking pictures together when Hayden pulled me aside to take in the view. He leaned over, kissed me on the cheek, and start reading a letter he had written me. By the time I realized what was happening, he was down on one knee asking me to marry him!! I was in tears but managed to finally say yes with all our friends watching! It was the most magical moment – and a complete surprise to me! Im so excited to marry Hayden!!

Home
>
Marriage Proposals
>
Aubrie and Hayden
Proposal Videos
Check out some of our favorite proposal videos
Ring Quiz
Find the perfect ring for you!