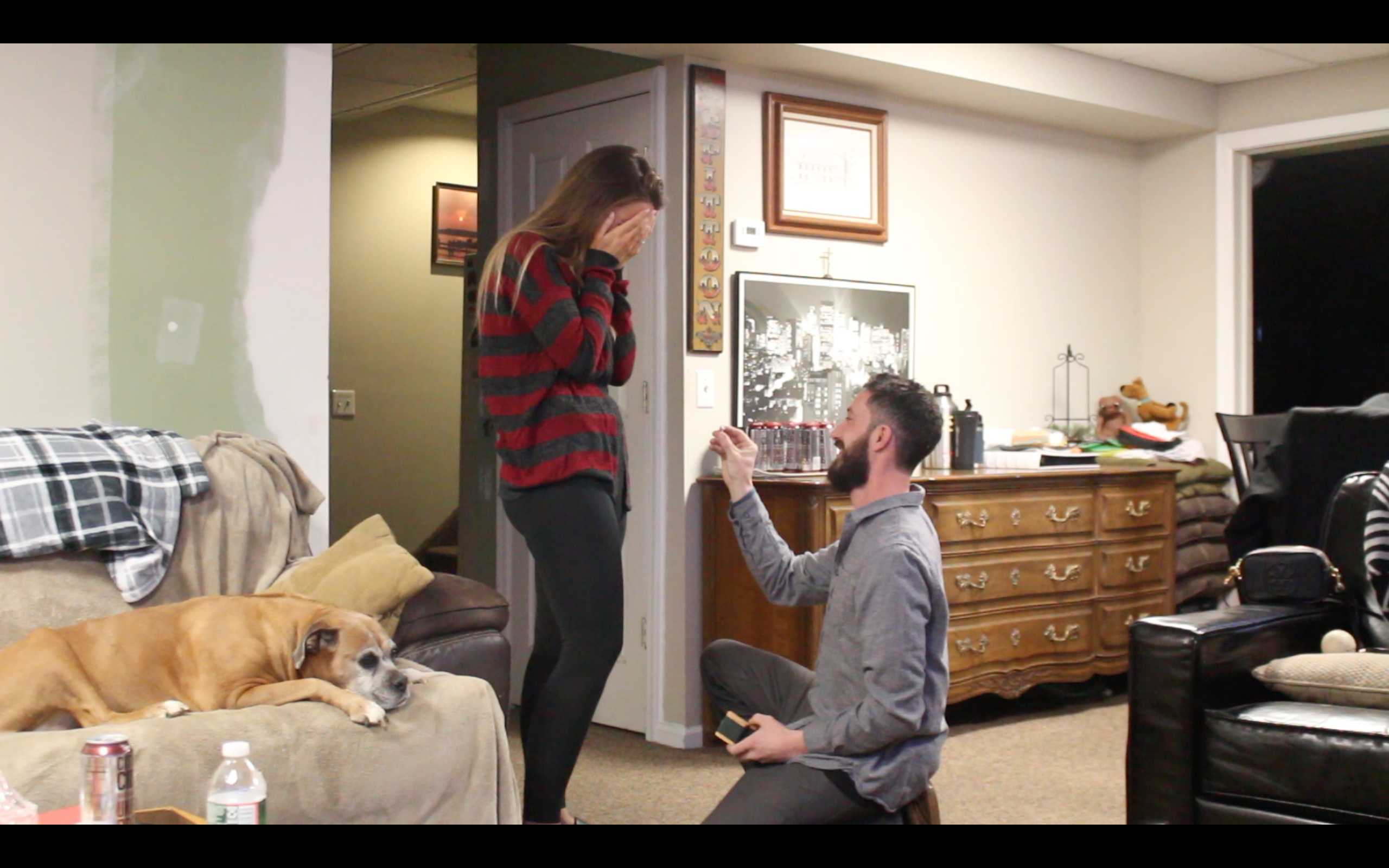 Always living 5 houses apart for 15 years, Steve decided to friend request me on Facebook. As a makeup artist, I always post photos of my makeup to get more clients and he was sweet enough to make the first move by commenting on my photo and saying “You look just as beautiful walking your dog outside in your sweatpants and boots”. We talked for 8 months non stop after that until we went on our first date. And then he waited another 2 weeks to ask me to be his girlfriend because I had told him once how I never had a Valentine’s date. So he wanted to make sure he made my Valentine’s day unforgettable. Took me to the movies with roses and chocolate and then asked me to be his girlfriend with a Tiffany and Co ring that said I love you all around it.

On our 4 year anniversary and Valentine’s day, we had plans to go out to dinner which we decided last minute we would probably prefer to just stay home and cook dinner together. When I got to his house we were hanging out and then decided to exchange anniversary presents. When it was his turn, he put on the tv my favorite song and our song which is the Goo Goo Dolls “Iris”. I opened up a t shirt and then he proceeded to tell him how he had been lying to me all week about where he was and how he didn’t go to work that Wednesday before. He stood up. Pushed a chair out of the way. Had me stand up. And then got down on one knee and asked me. It was a total surprise being that we had discussed getting engaged months down the road. I loved that it was just the two of us and he did it in such a beautiful and romantic way. Nothing over the top and crazy. Just a simple way that showed his love and excitement for the next step in our relationship.

Home
>
Marriage Proposals
>
Ashley and Steve
Proposal Videos
Check out some of our favorite proposal videos
Ring Quiz
Find the perfect ring for you!