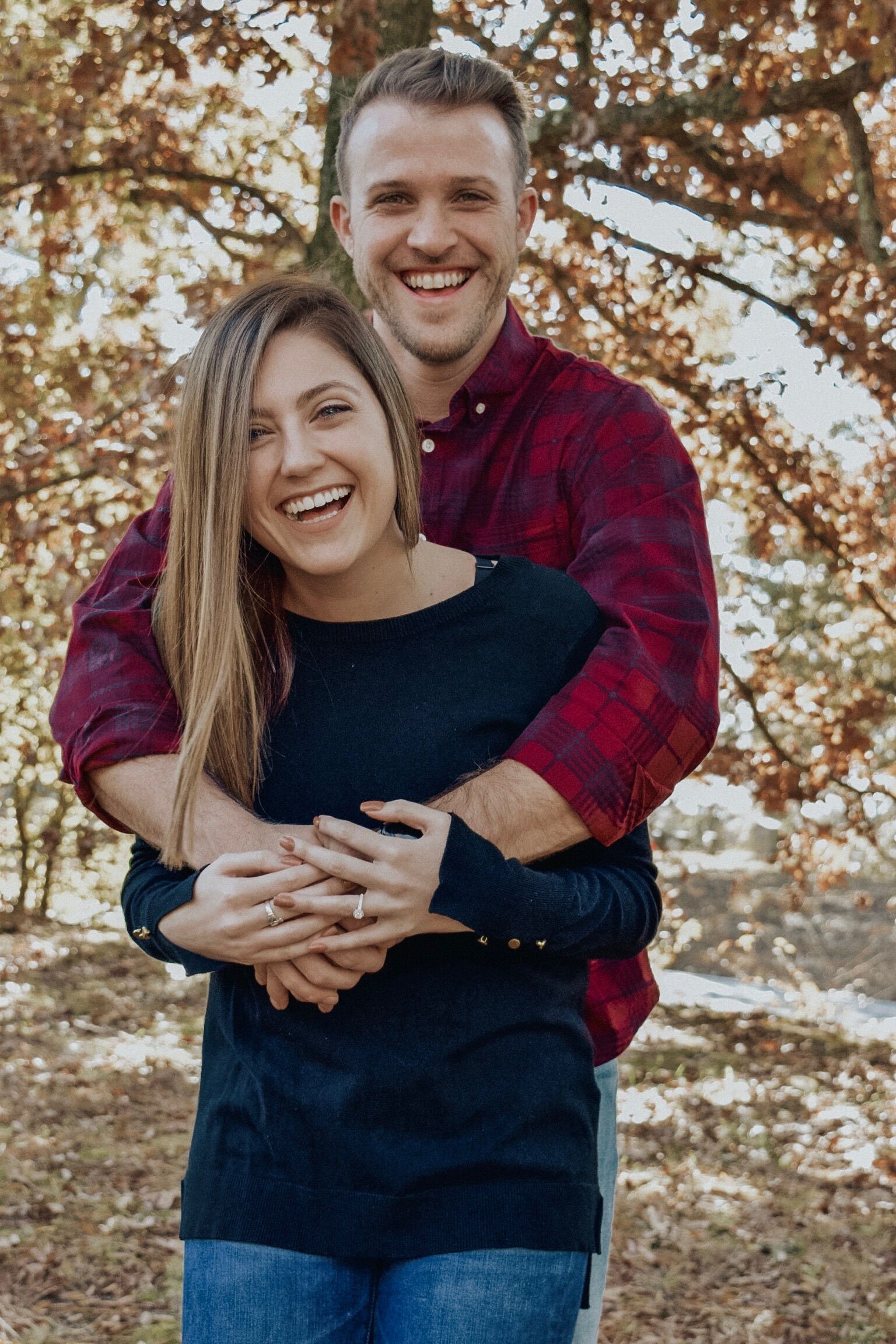 Kenton and I met on bumble! Kenton actually matched with my best friend before matching with me. Once we finally matched, there were multiple cancellations from both ends. We finally ended up meeting! On the way home from our first date I called my mom and told her “I’m going to marry this man” and the rest is history! We have been happily together ever since!

Kenton lives and breaths basketball. He has coached at all different collegiate levels. At this point he was coaching in Arkansas. We were supposed to meet up with some friends for brunch but we has to stop by campus to get the camera ready to film practice! He wanted to practice some shots – so we ended up playing HORSE! We had never played basketball together, he had to make sure I was good! Of course I was! Kenton thought he was going to win, I kept making shots! It forced him to get on his knees 5 different times! Once I lost, i turned around and there he was, on one knee with the most perfect ring! Little did I know he had a photographer there getting pictures of the whole thing! And that camera we had just set up for film…he was recording the entire proposal! It couldn’t have been better!

Home
>
Marriage Proposals
>
Ashley and Kenton
Proposal Videos
Check out some of our favorite proposal videos
Ring Quiz
Find the perfect ring for you!