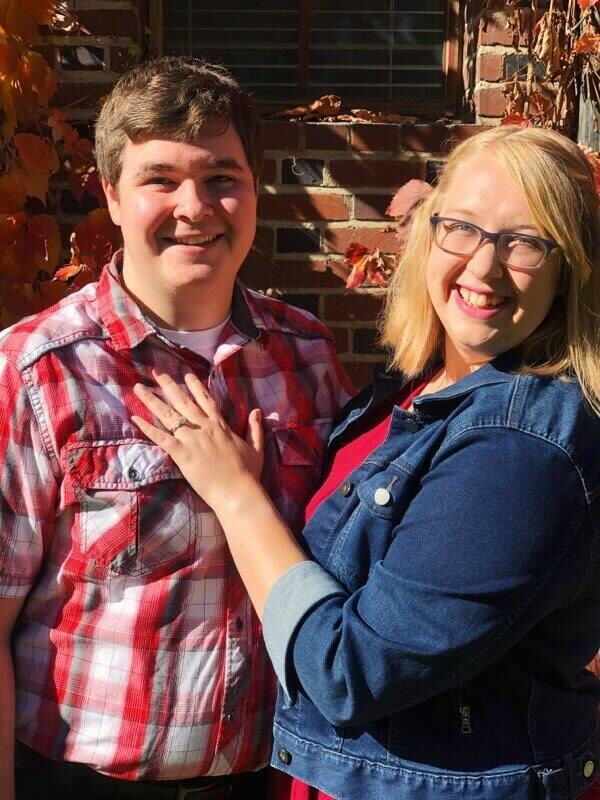 My organization in college was working with his organization to do haunted ghost tours on campus. We were dropping off pizza and I talked to him briefly. Later on he ended up working closely joking my organization.

We had been planning a trip to Disneyland for months. It was his senior year of college and we wanted to take a trip to celebrate before it got too busy. Since he was student teaching in the district that I worked in, we planned to take an extra day off on a four day weekend we had. We had been worried the weeks prior that our trip might be cancelled due to the growing covid 19 crisis but as the date got closer, nothing was happening. We woke up early and started the eight hour drive to Anaheim. We joked and laughed and talked about the upcoming months with his graduation and starting a teaching job. It felt like we finally were reaping the rewards of our hard work. Just as we were starting to get into the cities in California, in pouring rain, his mom calls us. She told us that Disneyland was closing. The disappointment was potent in the air as we tried to figure out our next steps. I scrambled for my phone to see if what we heard was true and our hopes fell further seeing that they were closing. We had spent the last several months saving our extra money to afford this trip so we decided to turn around. We were an hour away. As we headed home, not wanting to waste more of our weekend, we discussed when we could go back. I was very suspicious if he was going to propose on this trip so I asked him point blank and he said no. I let it be. We returned home at 10:45 after having driven since 6:30 that morning. A long sixteen hours later, I was exhausted. But determined not to have to deal with it the next day, I started to unpack. He started acting weird. Trying to stop me from unpacking. He pulled me away from the dresser and pulled me into a hug. I thought he must be really upset, he is the bigger disney fanatic after all. He pulled away and I tried to turn back to putting the clothes away. He stopped me and got down on one knee, pulling the ring from his pocket. He said something really sweet about love or our future, I’m not really sure because I kept trying to stop him. He had opened the ring box upside down. Through tear stained eyes I said yea. I never thought I would cry. We jiked forever about how I would be sarcastic and say no. But in that moment, you really are so full of love. Our proposal wasn’t in front of the castle or on the tea cups, my favorite ride. But I wouldnt change it for anything because it was the perfect amount of sweet and perfect amount of funny that makes up our relationship.

Home
>
Marriage Proposals
>
AshLeigh and Matthew
Proposal Videos
Check out some of our favorite proposal videos
Ring Quiz
Find the perfect ring for you!