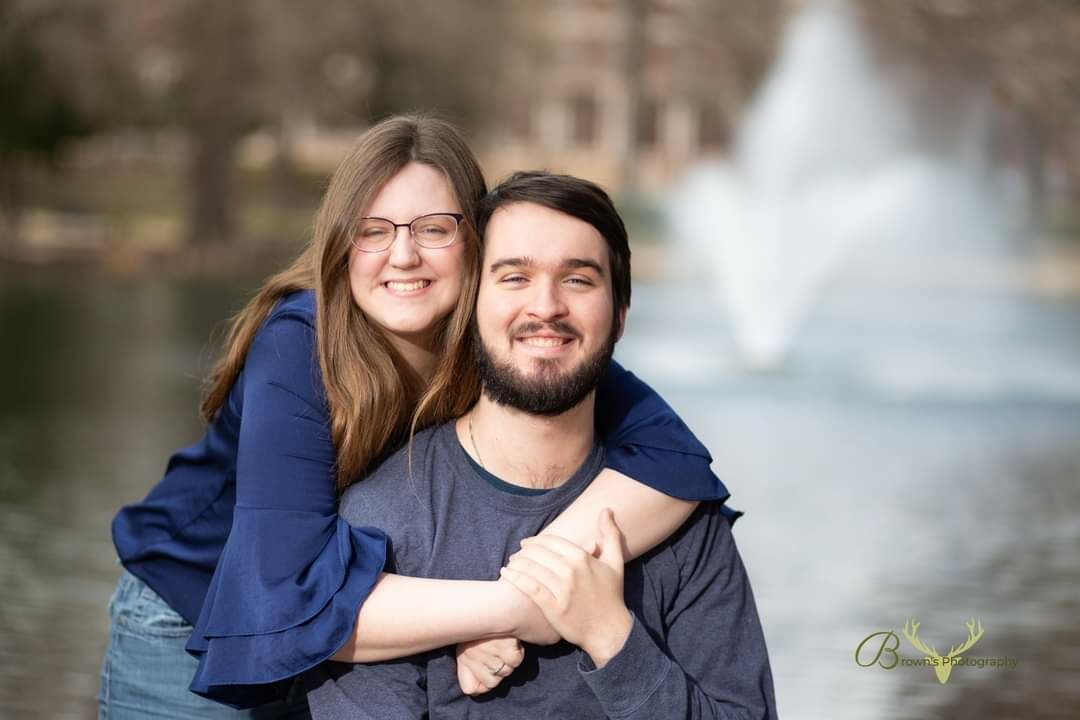 Sam and I had a very cliche love story. We met in high school when he sat at the same table as my friends and I during lunch. We slowly became friends and learned more about each other. He actually had a hard time remembering my name for a few weeks after we met but he was finally able to remember. I was the one who asked for his number by saying that I have everyone else’s number except for his. We began to text everyday and compete through playing Trivia Crack. Slowly we became closer and we ended up going on a date to the movie theater and after went to Braums for dinner and ice cream. It went great and he asked me out to another date at the medieval fair. It was so romantic! He showed off his skills at the high striker game and the sword fighting match. We walked around for awhile and as we went to get a drink, he asked me if I wanted to date. We have been together ever since.

For our engagement Sam had prepared for a long time although I didn’t realize. We went to a book sale that morning and by evening, he wanted to go for a picnic at the Myriad Gardens. We picked up Olive Garden and headed there for a picnic. I didnt realize but he had had the ring in his pocket the entire time. Before we ate, we walked around to find the perfect spot. What I didn’t realize was this was his plan for the surprise. In one area of the park, my friends and family stood in a line holding signs that said ‘Will you marry me?’ When we got close, my brother came out and started singing Will You Marry Me? By Bruno Mars and when I turned around Sam was on one knee. I was overwhelmed with happiness and tackled him while saying yes! We decided to wait until after college to get married.

Home
>
Marriage Proposals
>
Ashlan and Samuel
Proposal Videos
Check out some of our favorite proposal videos
Ring Quiz
Find the perfect ring for you!