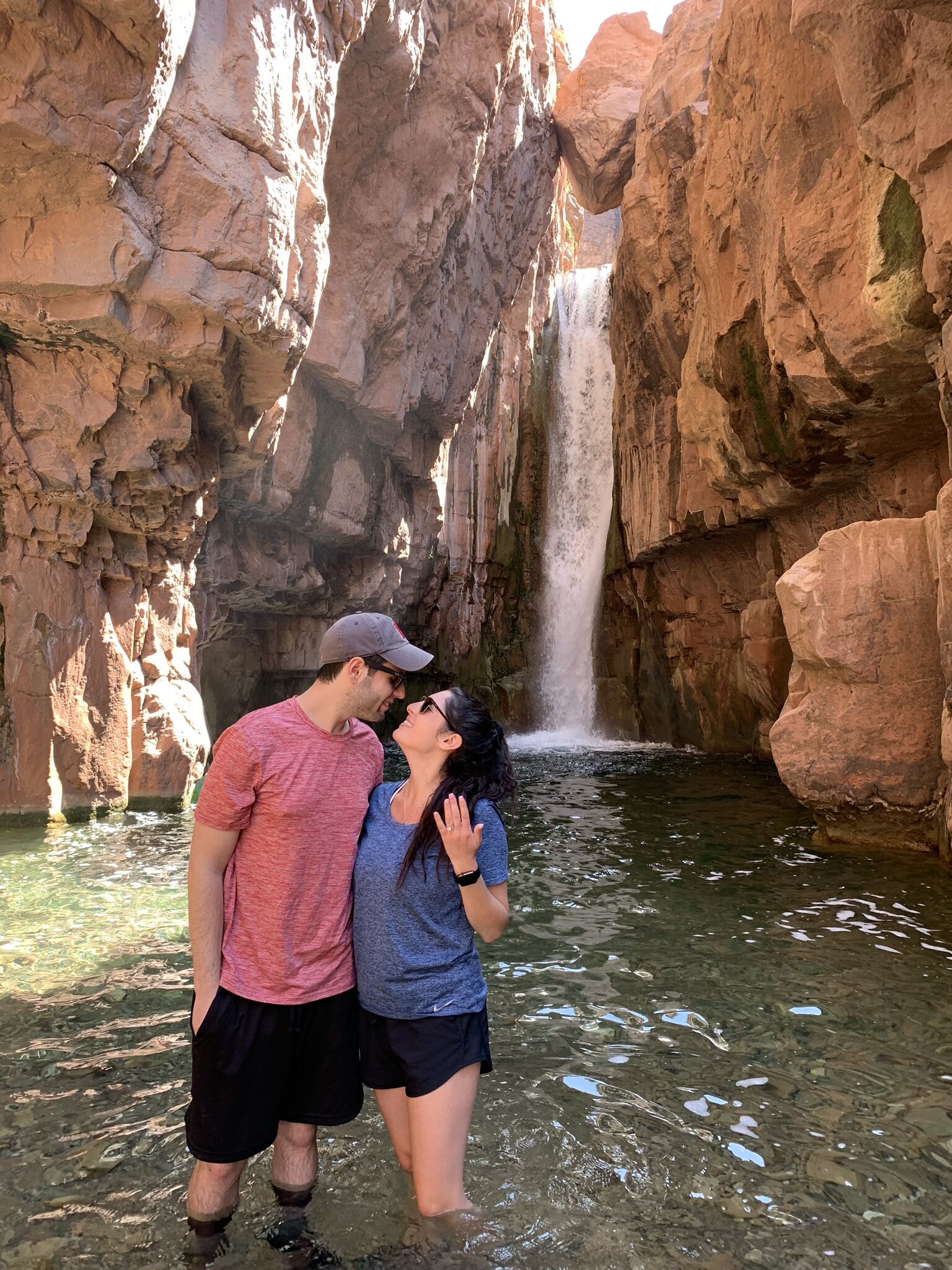 We met our freshman year of college, but I was dating someone else at the time and we reconnected Senior year in a class. We caught up and became close friends, which led to more!

He had me wake up at 4am to drive 2 hours to do a waterfall hike and suggested we try to be the first ones to the waterfall. So we rushed past other groups of people on the hike, and when we made it to the waterfall he pretended to grab a snack from his backpack while I began to take photos of the gorgeous view. He then asked me to come over by him for a second where he was bent down on one knee holding a little black box!

Home
>
Marriage Proposals
>
Arielle and Jake
Proposal Videos
Check out some of our favorite proposal videos
Ring Quiz
Find the perfect ring for you!