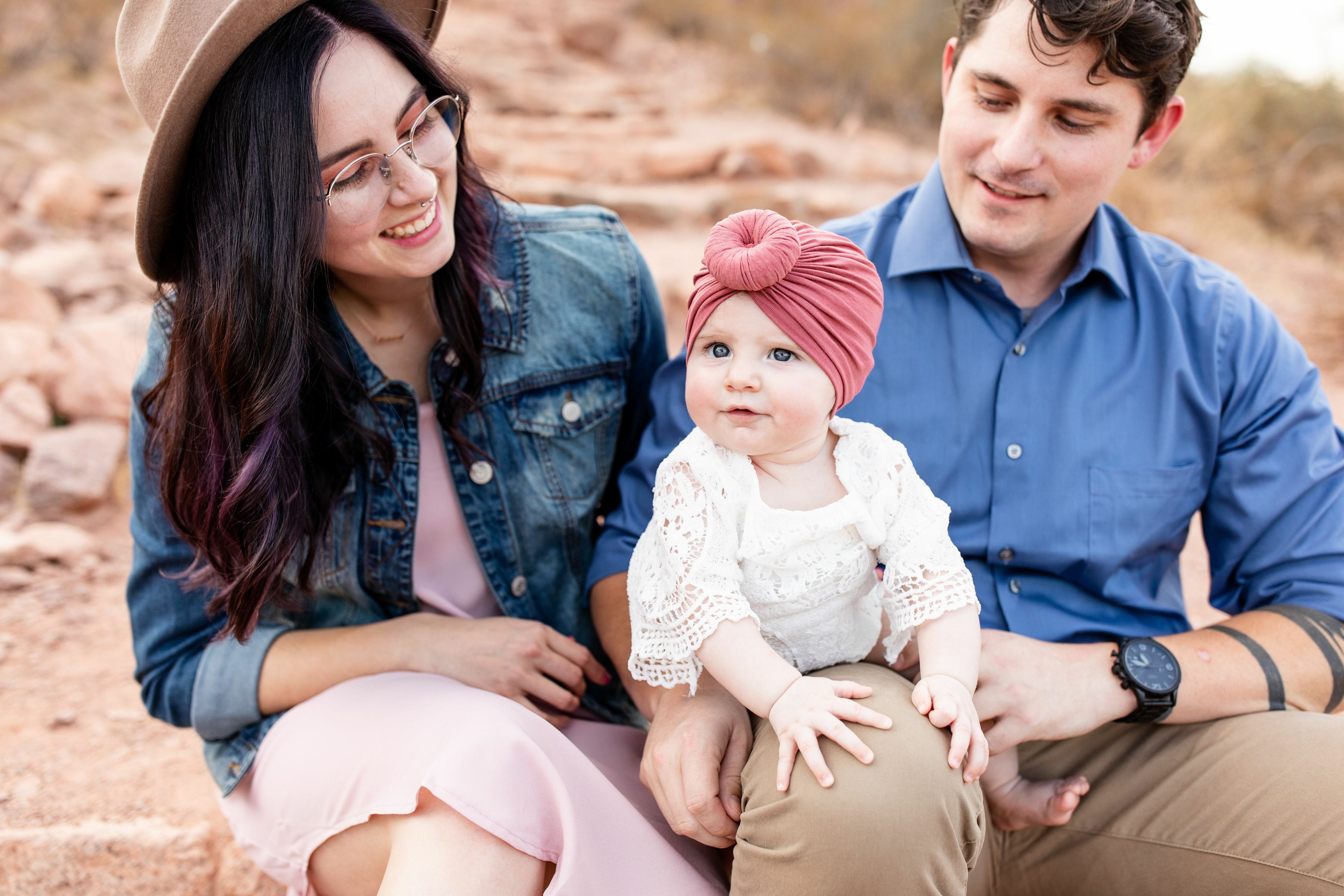 We met in Paramedic School back in 2016. He was in the class ahead of mine and noticed me in the hallway during testing week. He then reached out to one of my classmates and she encouraged him to talk to me. We met at his graduation a week later then had our first date a week after that.

We were spending Thanksgiving with his father in Pinetop, Arizona, and went out for a walk with our six-month-old daughter in her stroller. We made it to a golf course trail that was surrounded by pine trees. He pushed the stroller aside with our daughter asleep in it and got down on one knee. I 100% thought he was tying his shoe and went to grab the stroller to continue walking, then I realize he was wearing his work boots that don’t tie. And at that same time of me turning around, he said, “Well are you going to turn around and come back?” I looked at him and saw he was holding a ring! I went speechless. Pure joy and warmth. He asked me to be his wife and after a few moments of silent cheering, I said yes! At this time our daughter woke from her nap in the stroller. It was perfect. Just the three of us. He slipped that ring on my finger and I could not stop this little giddy dance I had going on.

Home
>
Marriage Proposals
>
Ariana and Joshua
Proposal Videos
Check out some of our favorite proposal videos
Ring Quiz
Find the perfect ring for you!