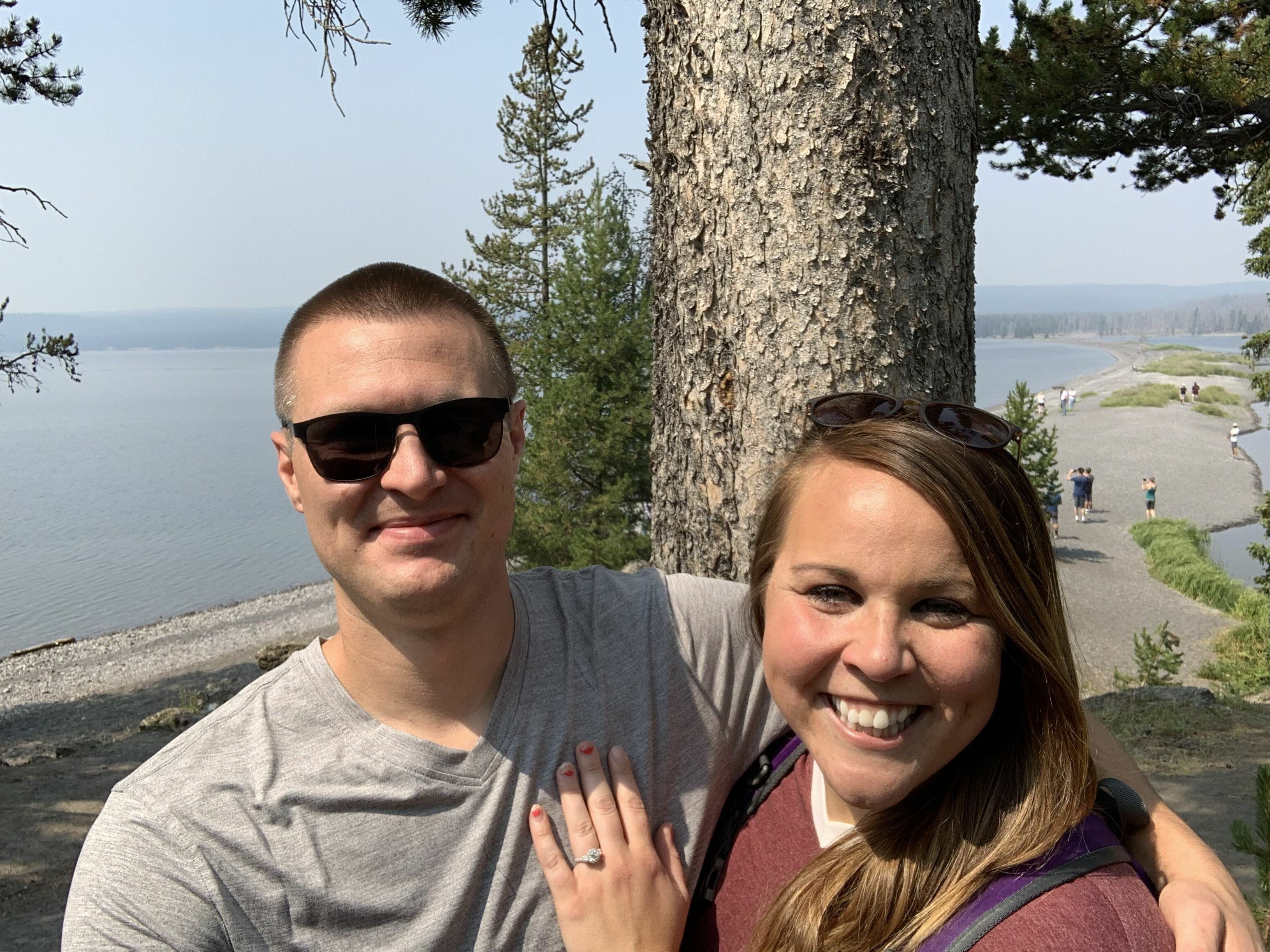 We met through a dating app. Turned out he was roommates with one of my coworkers, and our paths just hadn’t crossed yet!

We were on vacation in Yellowstone National Park. He was planning on proposing after a hike to a place called Fairy Falls. The night before we were going to hike there, I googled the hike and the first result was “Fairy Falls bear attack”. There had been a bear attack on that path two months before we were there! I decided I didn’t want to go on that hike anymore, so I foiled his plan. Instead, he decided to propose on a land bridge on Yellowstone Lake. We got to the land bridge and there was a herd of mule deer, so the land bridge was crowded with people take pictures of the wildlife. His plan was foiled once again! But as we were about to leave the lake, he asked if I wanted to use the tripod on our selfie stick to get a picture of us with the lake behind us and proposed while capturing my every reaction – I got a stone at Yellowstone! 💍

Home
>
Marriage Proposals
>
Annette and Tyler
Proposal Videos
Check out some of our favorite proposal videos
Ring Quiz
Find the perfect ring for you!