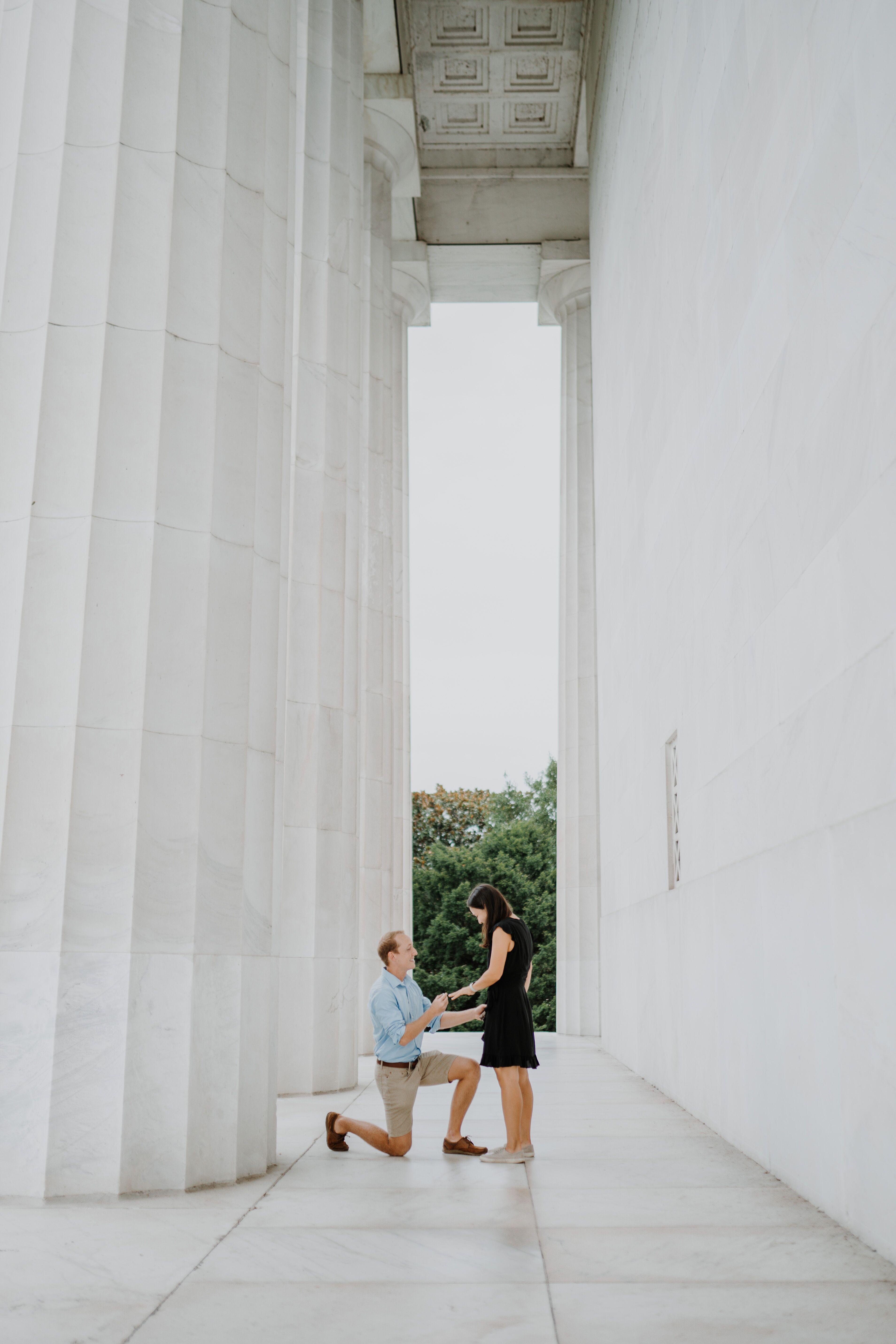 Like many modern couples, Will and I met on a dating app (Hinge). We were both from the same hometown, shared the same values, and enjoyed the same activities so our relationship really took off from there.

Will and I had been doing long distance for a couple months during the pandemic which was both hard and incredibly reassuring that we were meant to be together. When I returned to DC, two of our best couple friends had planned a fun outdoor picnic for us. The morning of the proposal, Will and I were walking to meet our friends by the Smithsonian, when he suggested walking around the Lincoln Memorial. Despite us running late to meet our friends, I said yes, because it was tradition and my favorite place in Washington, DC. Little did I know, Will had a whole other plan. As we rounded the corner behind the Lincoln Memorial, Will got down on one knee and asked me to marry him. I was breathing so hard of excitement that I could barely say yes! After I said yes, Will had arranged a photographer at the spot who was hidden behind one of the columns. She was taking our photos as we walked around the Lincoln which was so much fun. Finally, as soon as we rounded the corner to the front of the Lincoln, over 30 of our closest friends (appropriately masked and socially distanced) popped out to surprise me! I could not believe Will had planned that all, in the midst of a pandemic, and that our loved ones had taken the time to travel across the United States to help us celebrate the best day of our lives (that is, until wedding day!).

Home
>
Marriage Proposals
>
Andie and Will
Proposal Videos
Check out some of our favorite proposal videos
Ring Quiz
Find the perfect ring for you!