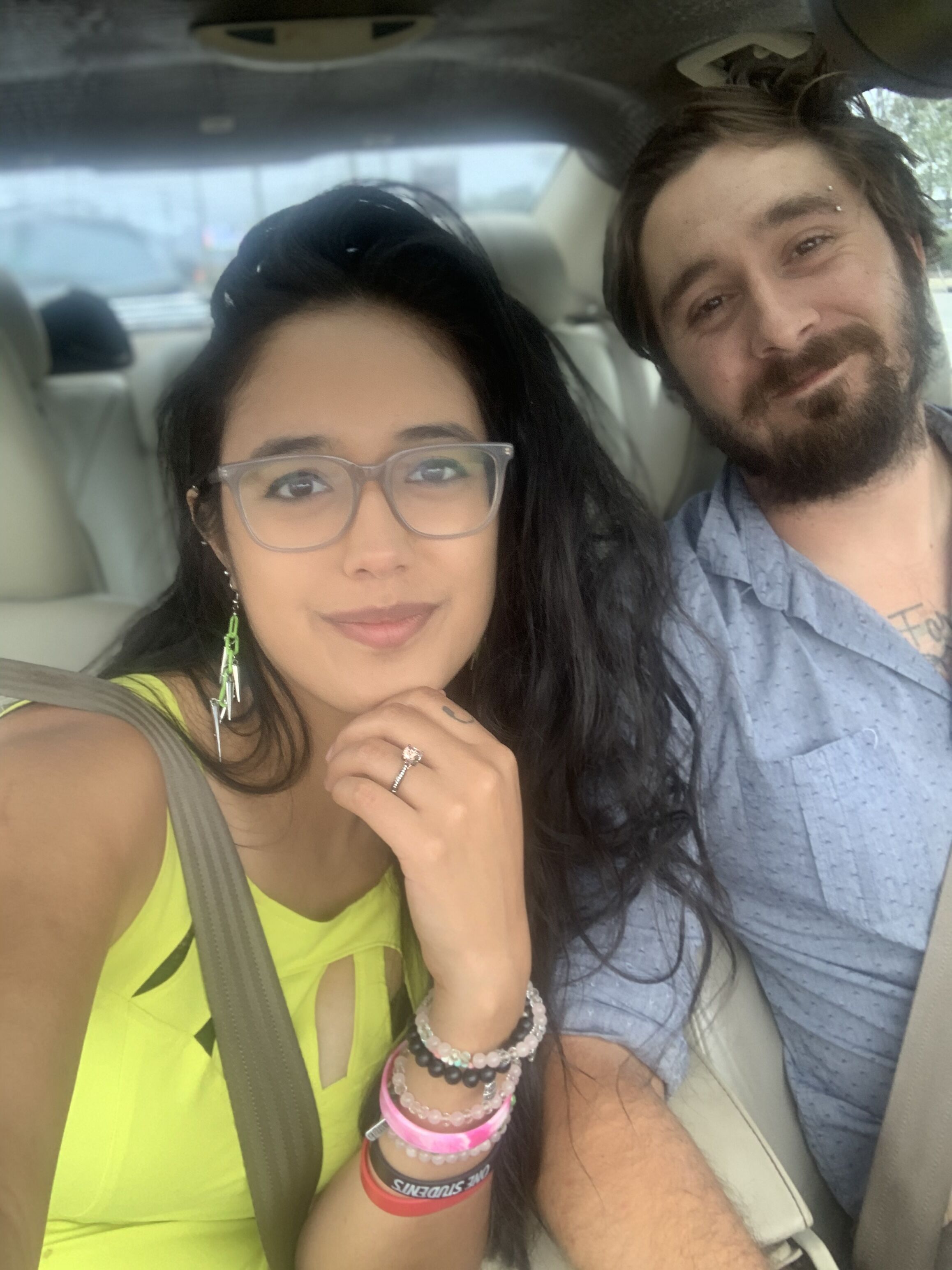 We met at My sisters tattoo shop. I the bride was working till late and Wil stopped by to talk to his artist and was just hanging out, bothering me lol and then he left. But i had this strange feeling of wanting to go out with him, but he was dating someone, so i said whatever. After he left and his artist left, he called his artist moochie and they talked about the girl he was seeing and how bad the relationship was and moochie said that he believes I am single and that he should give it a try. Moochie then calls me and asks if he can give wil my number. I was confused but excited. He texted me, we started talking, he brought me food to work the next day, and we went out everyday after that.

Our first kiss was on Mother’s Day, outside my sisters house, which was 3 days after he got my number. We were leaning against his white bmw e30 and he asked me if it was okay to kiss me and I said yes. On 10/10/20 he tells me to keep my eyes closed as he is driving to my sisters house, me having no idea, he takes me out of the car, places me against the bmw and reminds me of when he asked to kiss me. He tells me to open my eyes and proposes with a green sour ring pop. Telling me the ring is on its way, yet to go home and ask me again with the real ring in the first home we moved into and grew in together. It was really thoughtful and magical.

Home
>
Marriage Proposals
>
Amanda and William
Proposal Videos
Check out some of our favorite proposal videos
Ring Quiz
Find the perfect ring for you!