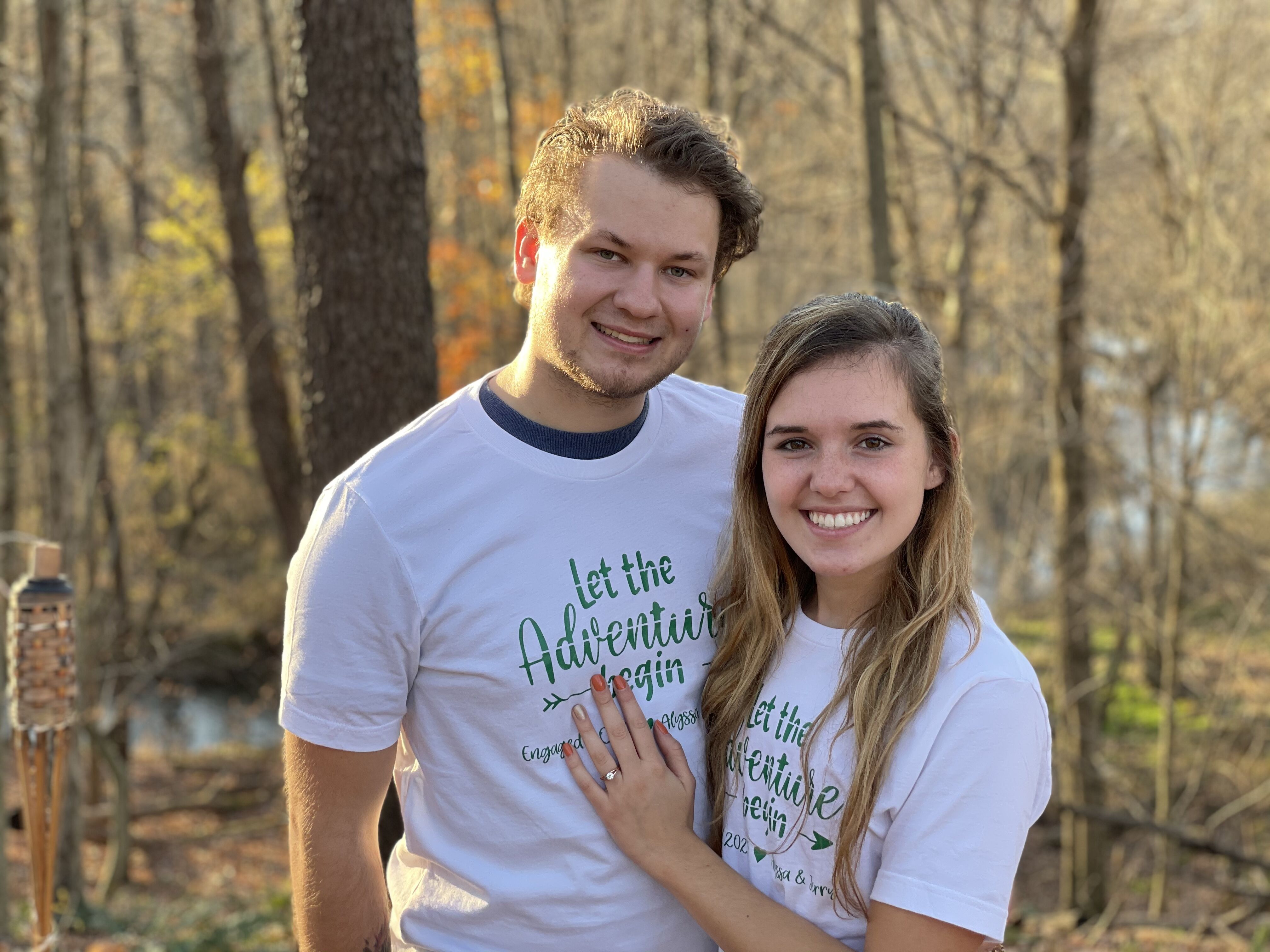 We worked together at the Recreational Center at our University. It was by mere coincidence though because I had applied for a different department, but had ended up being moved last minute to the same department as my now fiancé. From the get go, majority of our colleagues had been calling our relationship before we even really knew each other. Eventually, we got to know one another and really enjoyed each other’s company and our personalities blended so well together. We brought each other balance amidst the chaotic collegiate life.

We were spending the weekend camping for our anniversary. I was in the cabin grabbing a sweater to bundle up to sit by the fire. When I walked outside, he was standing by the fire with two bottles of wine and a charcuterie board and the glowing galaxy crystal rose. I was really excited to kick off the weekend with these little gifts. And he looked at me and said, “that’s not all.” That’s when he got down on one knee and asked! He even caught the whole interaction on camera. The firelight behind us to capture our silouhettes, and the stars above us in the sky made for it to be the most perfect and romantic night. At first, I asked about our families knowing our parents would have wanted to be there, but we knew the most important thing was that we spent time together and enjoyed the night. However, the next day we went on a hike and took some very “informal” engagement photos and when we got back to the cabin, both of our families were there! They had set up a cookout and decorations and even my sister had come home from college just for that day to see us! It was such an amazing weekend filled with so much joy and love.

Home
>
Marriage Proposals
>
Alyssa and Jerry
Proposal Videos
Check out some of our favorite proposal videos
Ring Quiz
Find the perfect ring for you!