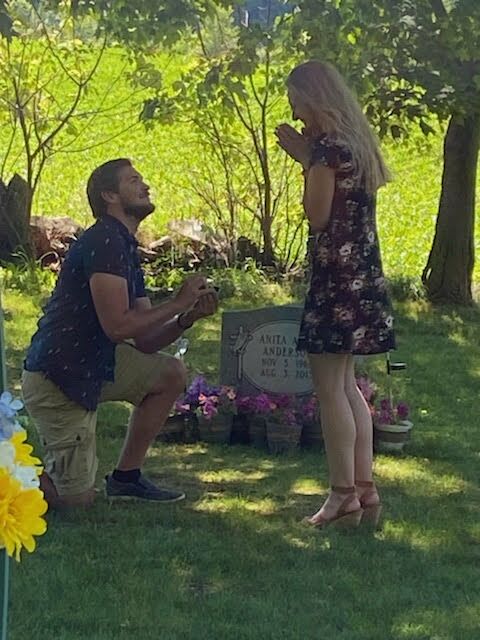 We had mutual friends but met through Facebook. I (Alyssa) had a huge crush on Caleb for years. He messaged me out of the blue because he thought I was cute. We met for lunch and talked for 3 hours and I knew there was something special about him and I could see us being togehter for the long run.

It was a surprise. I thought we were going to pick up a birthday gift but then we ended up at the cemetery where his mother is buried. He had pictures of us from the three years we have been together and he talked about all the firsts we have shared. He then said that he always wanted his mom to be the first person he called after getting engaged but since that couldn’t happen he hoped that proposing in front of her headstone would make up for it.

Home
>
Marriage Proposals
>
Alyssa and Caleb
Proposal Videos
Check out some of our favorite proposal videos
Ring Quiz
Find the perfect ring for you!