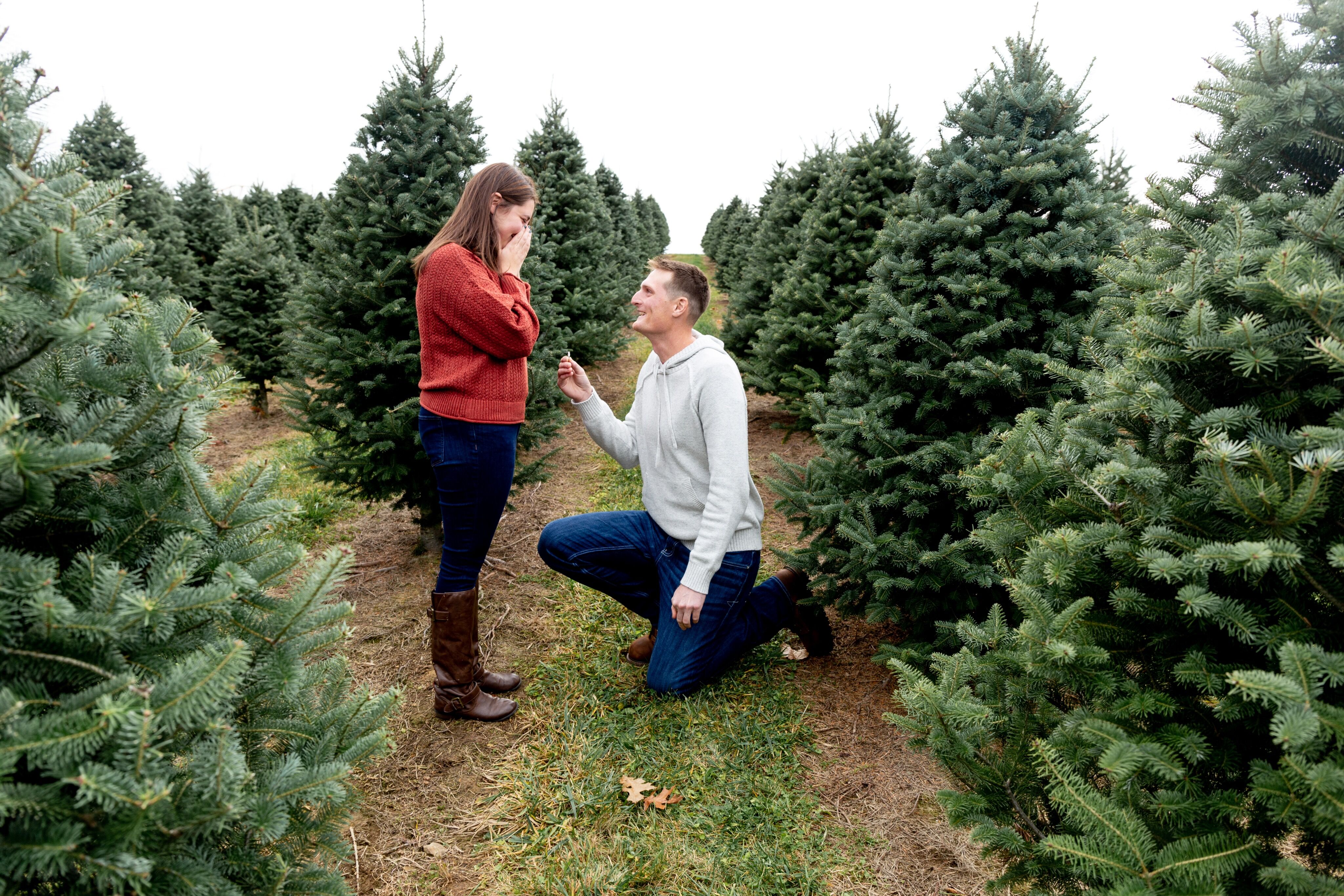 We started talking online around June 6th, and very quickly realized we needed to meet. We had our first date on June 12, 2015 at a local Mexican restaurant, and after dinner, decided we didn’t want the night to end, so we went for drinks. We happened to run into a friend of mine at the bar, who mentioned to me as soon as he went to the bathroom that she knew he was the one almost instantly! I was hesitant, we had just met and he was pretty quiet compared to me, but I gave him a chance, and we’ve been inseparable ever since!

I had Christmas pictures planned at a Christmas tree farm with a friend of mine who was trying to start up her photography business. Two days prior, the weather wasn’t looking great, so she had e-mailed me a rain plan. I forwarded it to Matt, not wanting to lose it in my inbox, and he ended up contacting her to organize the proposal. When the day came, it wasn’t raining, but very cloudy, so great for pictures! I complained the whole way about my nails not looking great, but that it wouldn’t be that big of a deal because you don’t really see hands in Christmas pictures. After we got there, we took a couple pictures wrapped up in a blanket together, and then moved to the trees. My friend positioned us and said “I’ll count to 3 and start taking pictures then.” After she got to 3, Matt said “wait, I want to try something,” knelt on one knee and asked me to marry him! Since she knew about the whole thing, she had champagne for us to celebrate, and our Christmas pictures soon became engagement pictures!

Home
>
Marriage Proposals
>
Alyson and Matt
Proposal Videos
Check out some of our favorite proposal videos
Ring Quiz
Find the perfect ring for you!