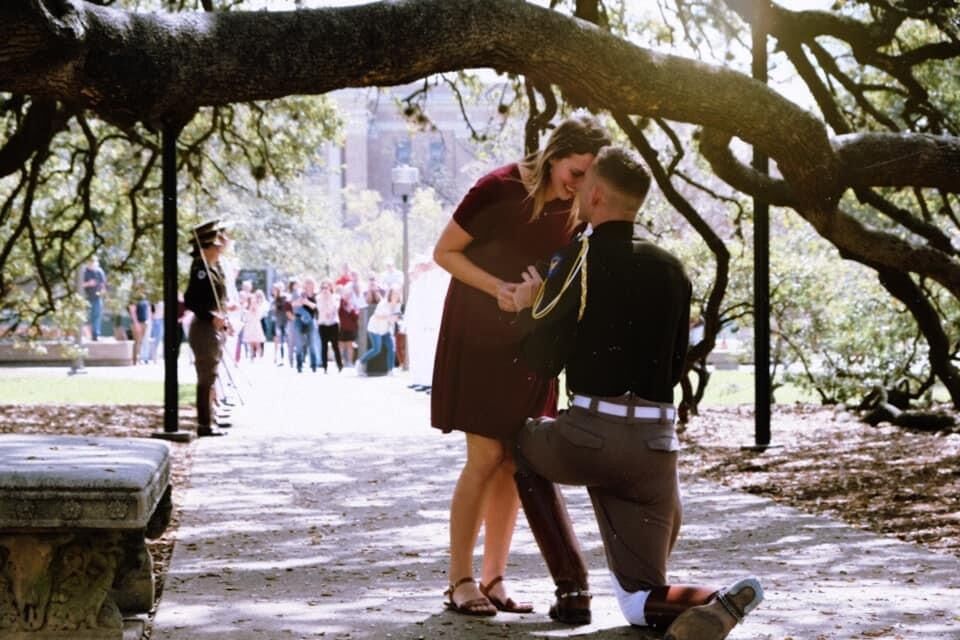 We met on campus at the beginning of our sophomore year at Texas A&M.

His parents lived outside of the country at the time, and his mom grew up in the city that A&M is at. He told me that he mom was flying in for the weekend and that one of her friends from high school had opened a new restaurant that she wanted us to try out. The day before, Caleb had asked me to pick him up from the dorms because he was going to just be finishing up stuff he needed to for the Air Force when we needed to leave to meet her. When I got to the dorms to pick him up, one of his friends was outside waiting for me so that he could walk me to the Century Tree, which is a Texas A&M tradition where it’s believed that if you go under the tree with another person that the two of you will be together forever. When I arrived, all of our friends and family were waiting for me to arrive, and his friends had created an arch with their sabers that led to Caleb who was waiting under the tree for me. It was the greatest and sweetest surprise!

Home
>
Marriage Proposals
>
Alysia and Caleb
Proposal Videos
Check out some of our favorite proposal videos
Ring Quiz
Find the perfect ring for you!