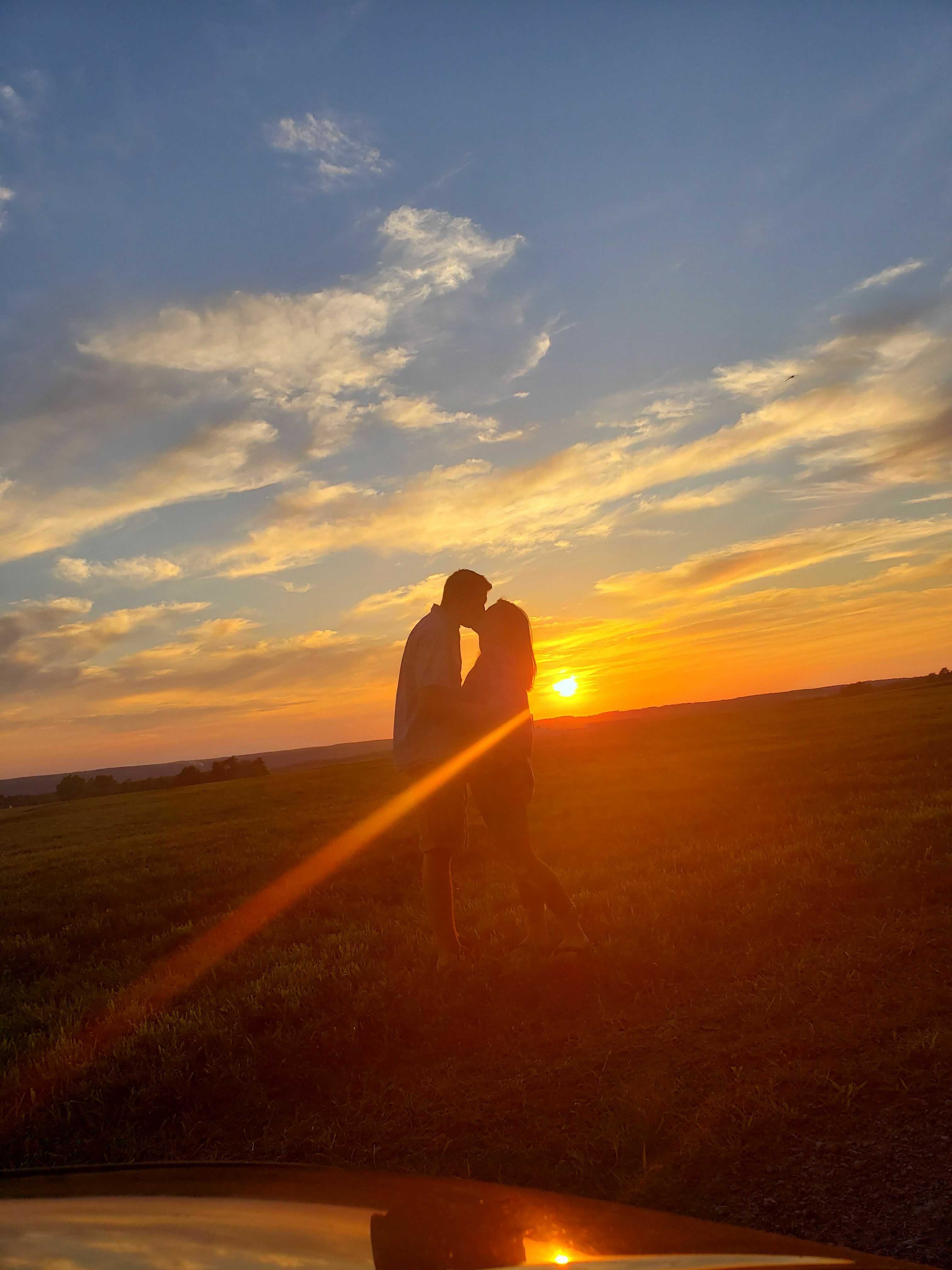 We met at college, both working on the college farm. Our love of cows brought us together in 2013.

We were hauling hay on the farm one evening and I made him stop the tractor so I could get a photo of a beautiful sunset. That must have gotten his wheels turning because the next night he said “let’s go take pictures of the sunset” I laughed because it was out of character, but he was serious. So I got dressed in sweats and he yells “no nicer clothes than that!” So I had to change and we raced up to the top of a hill. Unfortunately, we missed the sunset so we made a plan for the next night. We were up there nice and early and took some photos. After I felt like we had enough I asked if he was ready to go and he said: ” no quick you’re going to miss it!” So I stepped forward taking more pictures and he got down on one knee behind me, called me, and when I turned around he popped the question. After 7 years the first words out of my mouth were “are you serious?!”

Home
>
Marriage Proposals
>
Allison and Ryan
Proposal Videos
Check out some of our favorite proposal videos
Ring Quiz
Find the perfect ring for you!