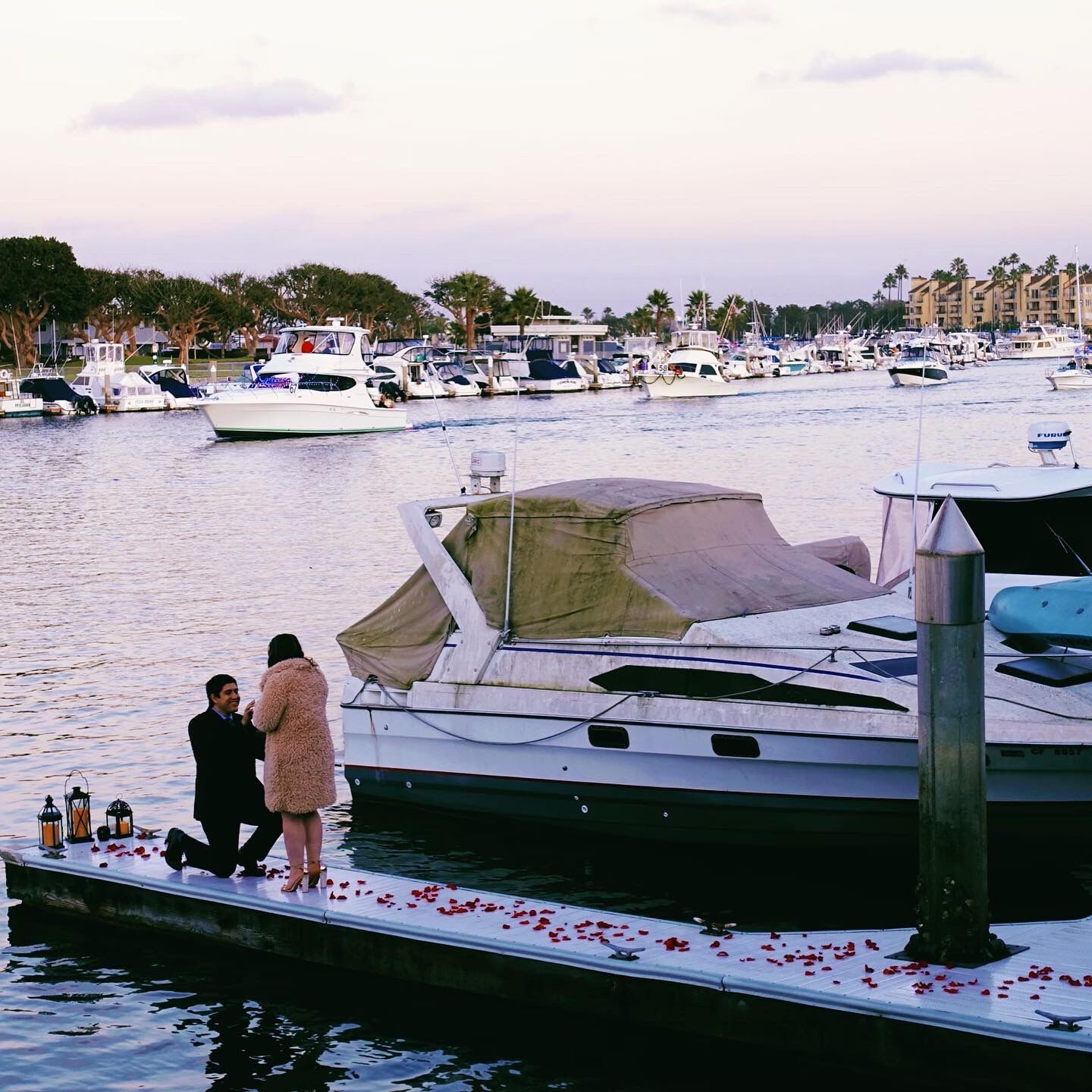 My friends stated we were going to go on a Duffy boat ride and take photos for my birthday party. I get there and the person who owns the house and boat greets me and takes me away from my friends because I was wearing heels and this was a shorter walk. I turn the corner and Perfect by Ed Sheeren was playing and it was sunset. Rose petals were covering the dock with lights and John was standing right at the end of the dock. Then I walked down to the dock to meet him and he asked me to marry him. Then my friends were watching and taking photos from the house above. Boaters that happened to be sailing by waived and cheered. It took me by surprise because John had his last final that day and that he was going to be celebrating with his classmates after. Little did I know, it was not going to be a girls’ Duffy boat but the perfect proposal.

Home
>
Marriage Proposals
>
Allie and John
Proposal Videos
Check out some of our favorite proposal videos
Ring Quiz
Find the perfect ring for you!