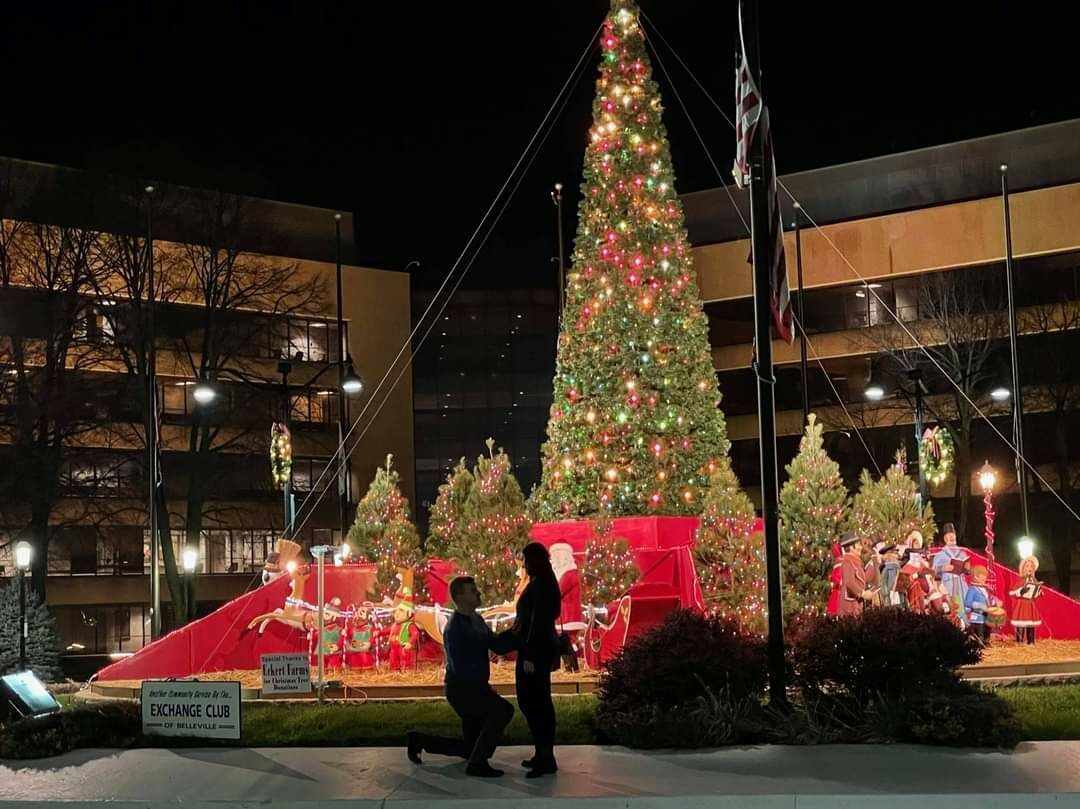 We are both from central Wisconsin and met in high school. We were just friends at that time and we lost touch after graduation in 2009. This spring, we reconnected after finding out that we both recently moved to the St. Louis area for work. We hung out as friends frequently and often talked about other dates we were going on that had little promise. One night, we went out to dinner and went on a walk in downtown Belleville, IL, which is a cute area, and something felt different between us. Our hands touched several times as we were walking and neither of us pulled away. Later that night, we kissed and since then, we’ve been inseparable!

His sister was in town early for Thanksgiving. I had just finished up a 12 hour shift as a nurse, so it was about 8:30 or 9pm on a Sunday. Not many restaurants are open on the Illinois side of St. Louis due to COVID, especially on a Sunday night, so the three of us got a very fancy dinner at Taco Bell and ate in the car in downtown Belleville, where Troy said he wanted to take a walk. There is a small roundabout where there had been a fountain in the summer, but it had all been swapped out for Christmas lights and decorations. Troy asked me to take a picture of him and his sister with the lights. He came back across the street and checked the photo. It turned out well, so then he asked his sister to take a picture of the two of us. We went over there and took a couple pictures and I looked over at some of the decorations. When I turned back, Troy was down on one knee and he told me that that place was where it all began, so he thought it was an appropriate place to he ask me to marry him. Of course, I said yes!

Home
>
Marriage Proposals
>
Alison and Troy
Proposal Videos
Check out some of our favorite proposal videos
Ring Quiz
Find the perfect ring for you!