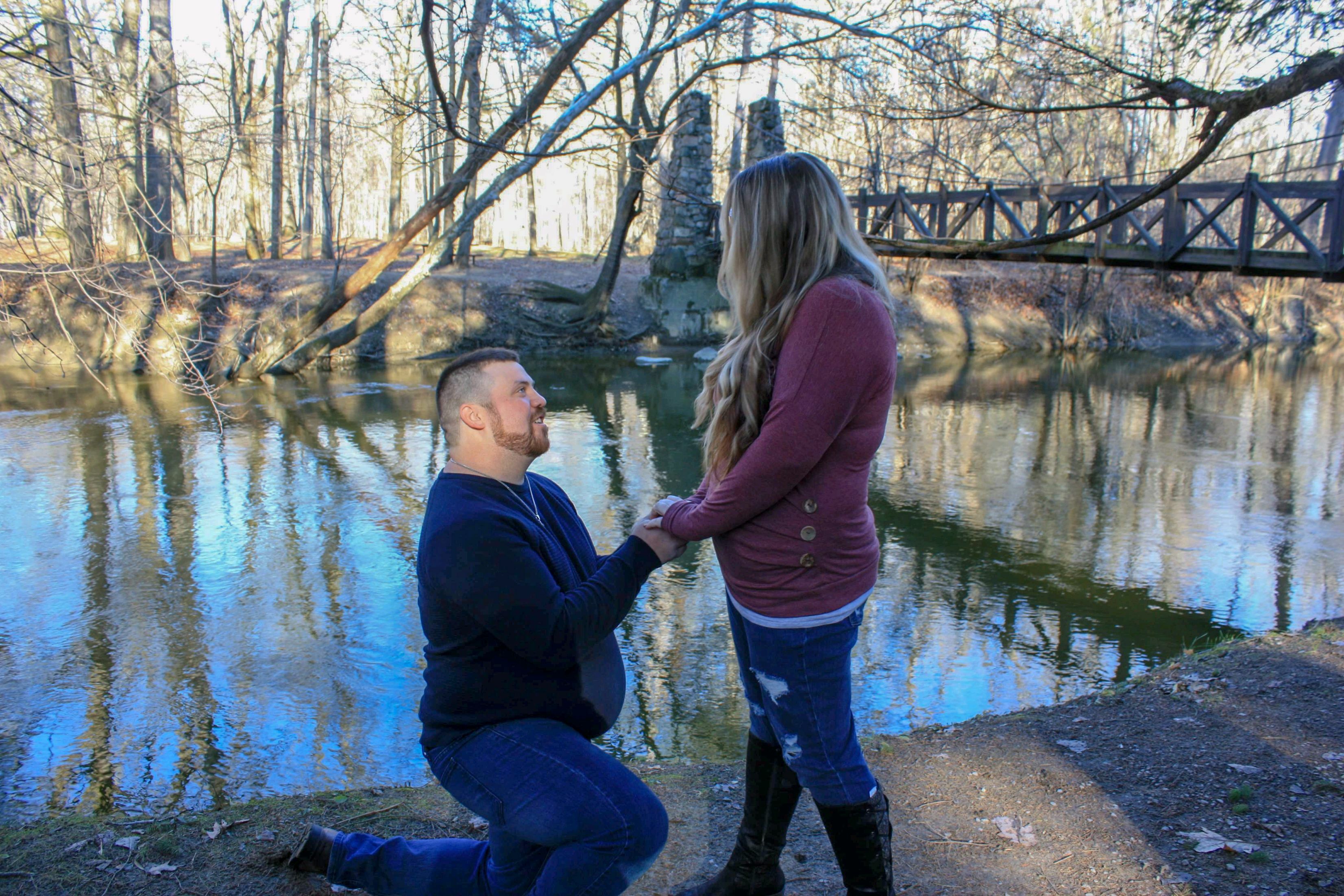 We originally met in 2015 when my cousin was watching his daughter (they went to school together and his daughter’s mother was my cousin’s best friend). We reconnected online in 2019, and have been inseparable since!

We planned to have family pictures done with both of our extended families. I planned everything and even planned a special surprise for your parents (last year he lost his older brother to suicide and I lost my dad to the the illness so I had a Christmas sign for both of them with the respective pictures on them). Our running joke is that he would propose when “the time was right”. We had my best friend taking our pictures and at one point she asked Justin what time it was. He replied, “I think the time is right” as he was getting down on one knee!! It was magical! I asked him why he would let me give our parents these gifts on what was supposed to be a special day and he told me because it made it feel like they were a part of such a special day!!

Home
>
Marriage Proposals
>
Alicia and Justin
Proposal Videos
Check out some of our favorite proposal videos
Ring Quiz
Find the perfect ring for you!