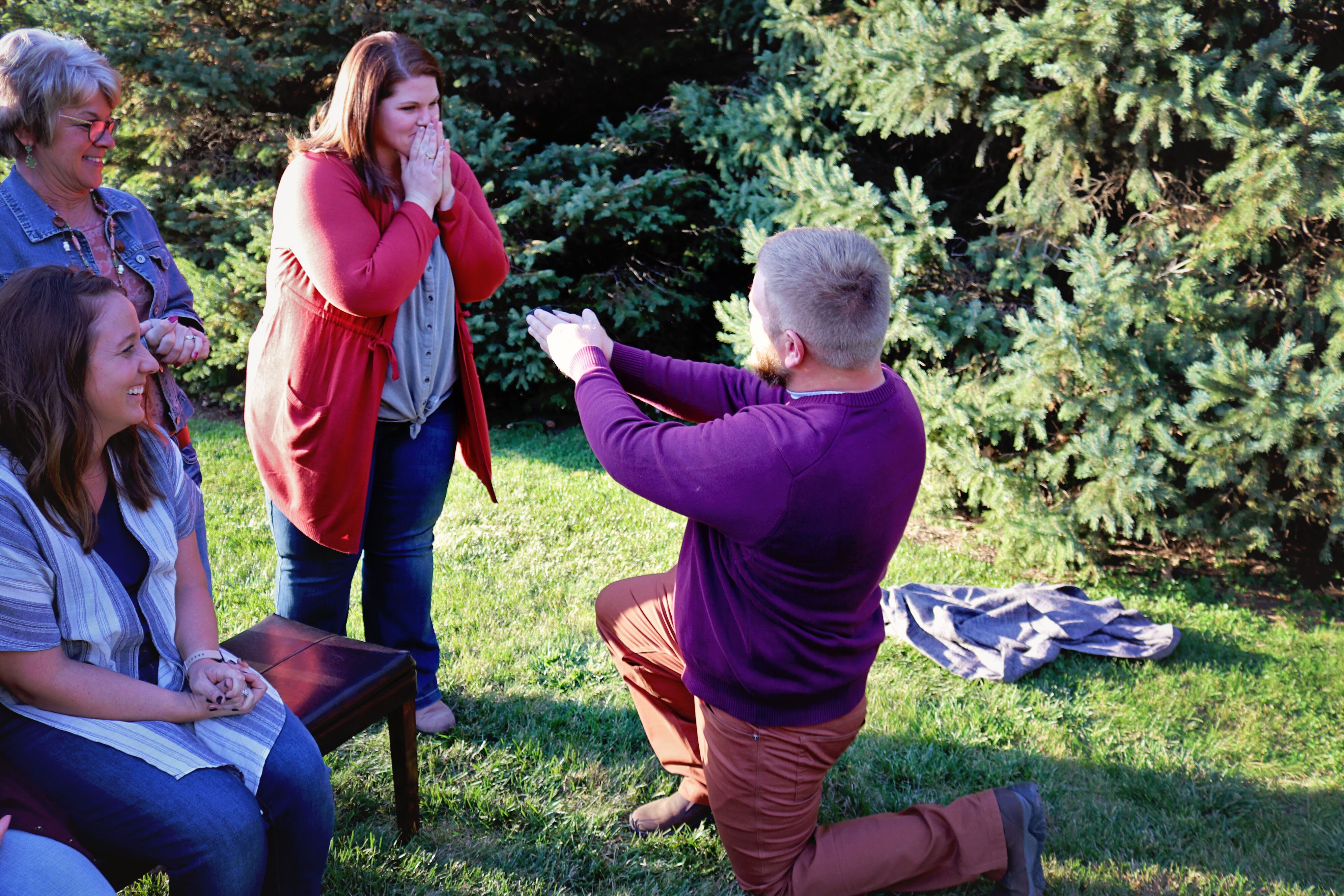 We are a Tinder success story! I was permanently located in Iowa for work and he was traveling through for his job as well. When we matched we spent an entire week together and immediately fell in love.

It has been a long-standing rule with my future mother-in-law that unless you are at minimum engaged, but preferable married, could a person participate in family pictures. In the weeks leading up to the proposal, my fiance’s sister-in-law and brother-in-law were in my ear constantly about how my fiance’s mother had always been very strict about them and pictures. Though we owned a house already and were in the talks about getting married, I was starting to get some anxiety and stressing about the whole ordeal. On the day of the family pictures, I was incredibly nervous that his mother would say I couldn’t be in the pictures. About 30 minutes go by as the photographer is taking pictures and I think I am in the clear, she won’t say anything. As the photographer begins to gather the entire family for the big picture, my fiance’s brother-in-law begins to make a large scene about how we weren’t engaged, that he didn’t think it was fair for me to be in the pictures. As I start to go into shock and panic, I completely lose my voice and I just stand there, flabbergasted. I don’t know what to say or do! My fiance starts to chime in and argue that it’s not a big deal, that it shouldn’t matter since we live together. A large argument starts to erupt and I’m speechless. As I start to begin thinking my fiance is going to say we were going to leave, he states “Well then if it is such a big deal, we’ll make her a part of the family right now”, as the photographer records the whole incident and he gets down on one knee! His entire family and the photographer had known for weeks about this plan! We finish the family pictures and in the end we got an engagement session done! We celebrated with champagne and flowers and are currently planning our wedding for March 6, 2021!

Home
>
Marriage Proposals
>
Adonnia and Hunter
Proposal Videos
Check out some of our favorite proposal videos
Ring Quiz
Find the perfect ring for you!