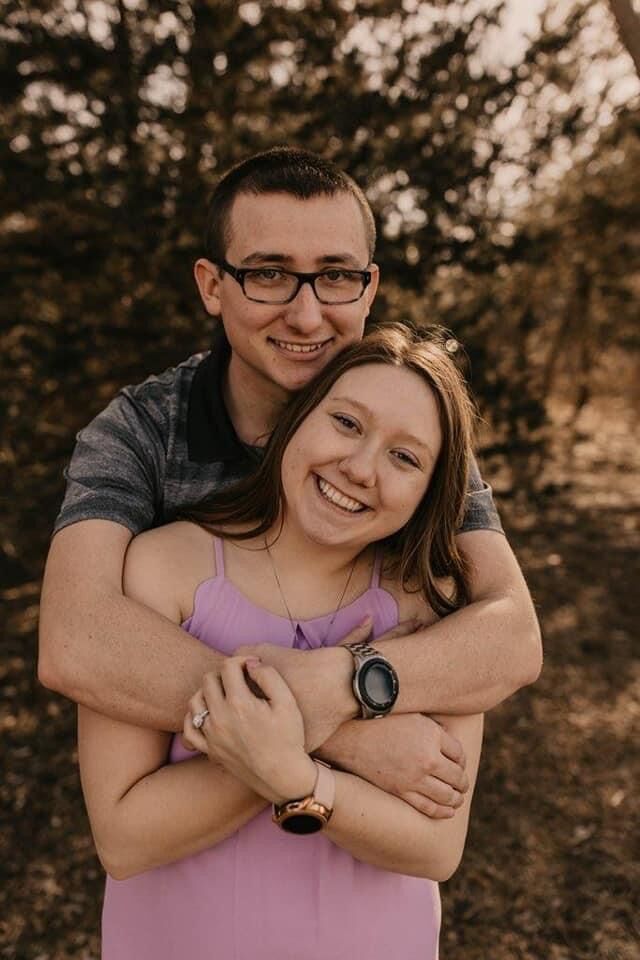 We met when we were in high school. I was a sophomore and he was a senior. We both were in a band together and he would always make silly faces at me from across the band room which was always full of nearly 200 people. One day, as I was cleaning up my stuff after class, I asked him to watch my phone so nobody took it and he sent himself a text message from it. It was like something out of a movie.

My best friend is a photographer and he schemed with her to set up some couples pictures to celebrate us being together for five years. I had been begging for pictures for years and it was finally happening so I had a suspicion of what was happening, but no guarantee. I also did not know who was taking the pictures because my friend had led me to believe she would be out of town that day. As I got to this beautiful park we were holding hands walking down a path to “where we were getting our pictures done.” The entire time she was photographing it and every moment of his proposal is photographed for us to look back on. It was the absolute sweetest thing and better than I could have ever imagined it! Again, like something out of a movie!

Home
>
Marriage Proposals
>
Abigayle and Austin
Proposal Videos
Check out some of our favorite proposal videos
Ring Quiz
Find the perfect ring for you!